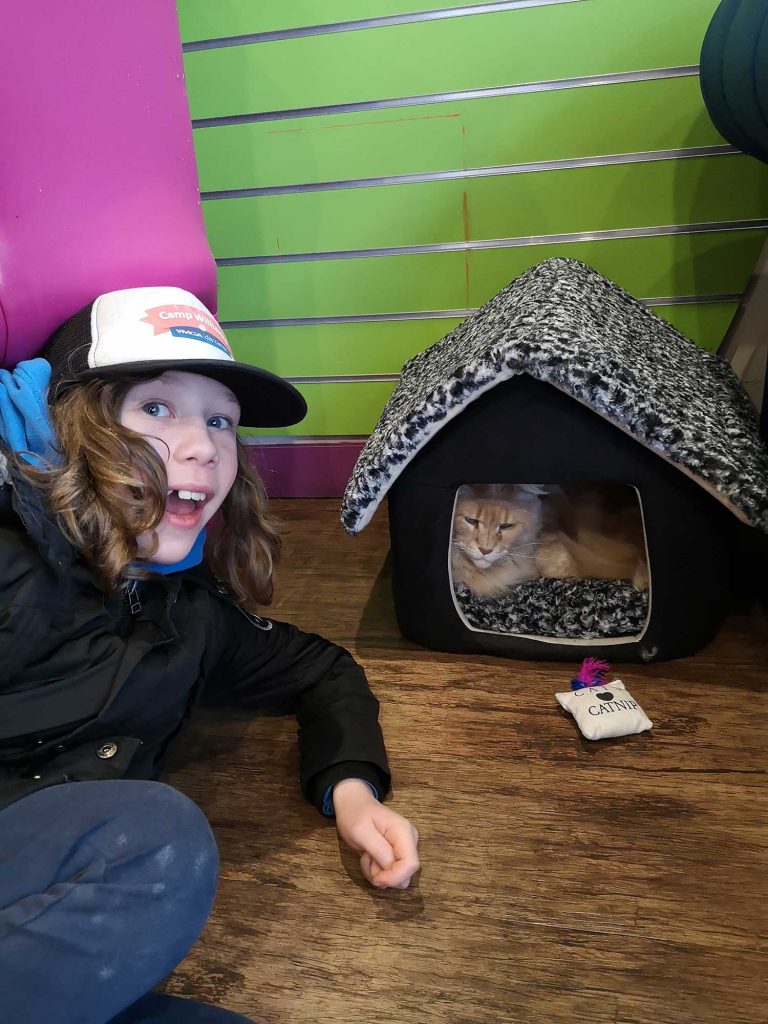 11-year-old William Rydel has been coming to YMCA Camp Williams for six years; he is an avid camper who has journeyed from Kids Zone all the way to the Explorer Village! We spoke to him and his mum Sarah about his experiences at camp so far; the new skills he has learned, the interests he has discovered, and the friends that he has made along the way…

Can you tell us about your journey at Camp Williams?

“I first started attending the YMCA before Camp Williams even existed!” said William. “It was based at the Rushcliffe leisure centre. There weren’t many children back then, and it was run by Nico, who is a long-term Camp Leader. I was five and I started in Kids Zone, where the younger kids are based, then I went through the Discovery Village where I started Skill Clinics, and now I’m 11 I’m in the Explorer Village.

“What made me want to go to Camp Williams was the combination of adventure and creativity. I’ve enjoyed being a Scout, and I recently moved up from Cubs where I’ve achieved all the badges. I like to be outside and be active, but I also love playing video games.

“I play video games with my parents a lot and I want to be a game designer and a YouTuber when I’m older. Not only did I learn loads of new sports at Camp Williams, I also took part in the Game Design Skill Clinic, where I learned a lot about creating my own games.

“I’ve tried lots of new things – skateboarding, cooking, film and photography, and video game design. I got Skill Clinic Master certificates for cooking and skateboarding, which made me feel very proud and made me want to keep perusing the activities after camp. I go skateboarding and swimming all of the time! I’ve got my own board now and go to Flo Skatepark in Nottingham all the time.”

How does Camp Williams benefit you as a parent?

Sarah explained: “The core values at the heart of Camp Williams have been really good for William and have helped me, too. He strives to earn the certificates for Responsibility, Respect, Caring and Honesty and he’s always so proud if he manages to get one (and I’ve pointed out that even if he doesn’t get chosen, it’s still brilliant that he tried!). The spirit stick is great too, and really helps the groups bond over the week.

“I love that scholarships are available so that young people can come to camp who normally might not get the opportunity. I think it’s so important for all children to access good opportunities in life, and it will help so many parents who want to give their children these opportunities. As well as scholarships, they also accept childcare vouchers, and are the only holiday camp in Nottingham to offer this – it helped us immensely.

“I can also easily talk to the staff! If William has had any worries, I know that I can go straight to any member of the camp staff team – there will always be someone around to ask. Everyone is approachable, friendly and super-enthusiastic about what they do.

“The biggest benefit to me is knowing that William enjoys it so much and is well looked after by the YMCA team. I don’t have to feel guilty about sending him somewhere he hates just because we have to work. He genuinely looks forward to it.”