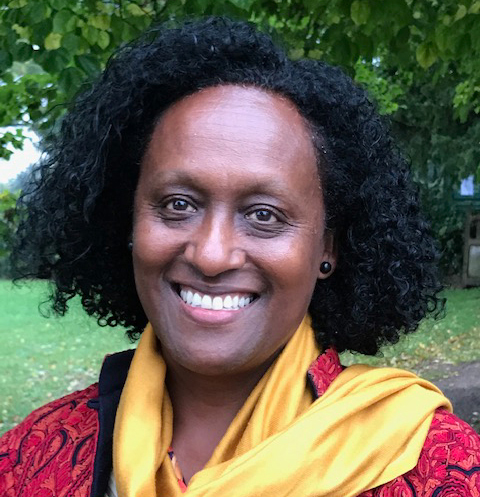 Veronica Pickering DL is an Executive Coach and Diversity and Partnership Consultant with a proven track-record of developing partnerships between organisations, charities and individuals, both nationally and internationally.

Having graduated from East London University with a degree in social work, Veronica has worked tirelessly for nearly 30 years to support multicultural communities through her social work practice as a Guardian-ad-litem and as a specialised child-protection consultant in Africa.

Veronica’s passion for communities has seen her work as a consultant in Africa for UNICEF, Save the Children, IRC and many others. In doing so, she has developed extensive networks that have enabled her to advise global companies on their partnerships and corporate social responsibility programmes, connecting them with charitable organisations, governments and diplomats.

Veronica has a relaxed and highly personable way of working. By offering a safe, supportive and open style, she has proven to be a highly sought after and very successful change agent, continuing to expand her connections both in the UK and abroad.

In 2013, she was appointed as Deputy Lieutenant for Nottinghamshire and, in 2018, as an RAF Honorary Air Commodore (504 Squadron). She is an RSPB Council Member and trustee, as well as a member of the RSPB England Committee and a National Ambassador for The Woodland Trust and UK RAF Museums.

Regionally, Veronica is a trustee for New Perspectives Theatre Company and Belvoir Cricket and Countryside Trust. She also supports numerous charitable organisations, including the Black Achievers Awards, Backlit Studios Nottingham and Quarrylab. She is also an ambassador for Mojatu Foundation and Priory Church in Worksop, and has supported the arts and artists for many years.

Veronica’s greatest achievements have been in her ability to recognise the importance of diversity in multiple social and economic contexts. She works sensitively and flexibly with individuals from various backgrounds, religions, genders and communities in order to bring about an equitable and highly dynamic contribution to socioeconomic transformation and change.

In March 2021, Veronica sportingly took up the position of ambassador of Nottinghamshire YMCA. Her diverse history of working with children and young people has established her as a champion of giving our community’s next generation the best start in life, and she harbours a deep passion for problem-solving in this field.

This commitment to empowering disadvantaged and minority families to fight for access to life-changing opportunities will make Veronica a real asset to the communities YMCA supports. With a deep-rooted background in conservation and protecting our planet, she also believes fiercely in the importance of re-connecting children with nature.

Veronica said: “Every young person needs a stable base, both physically in terms of housing and emotionally in terms of a caring support network of people who believe in your potential.

“Taking children out into in nature to connect with the land and trees is about building confidence and developmental opportunities in addition to nurturing valuable links between wellbeing, nature, housing and support.

“This holds particular meaning in our current climate as we are now facing decisions about how we work together to build back a fairer, stronger and most importantly more equal society after the COVID-19 pandemic. We have identified the issues and now we need to do something about it.”