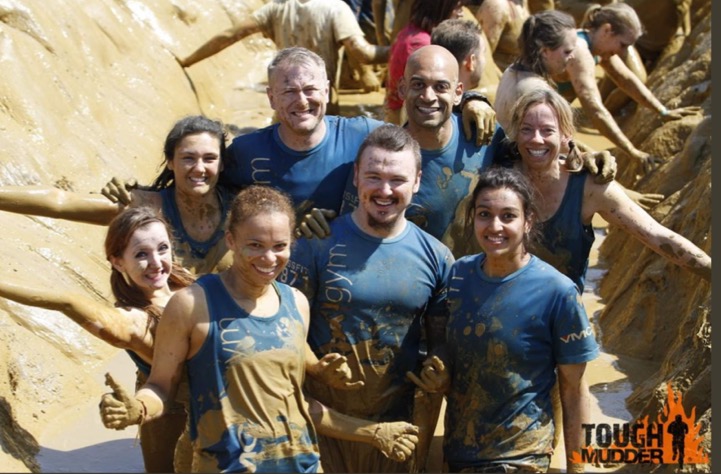 Rolling hills, natural creeks, and serene lakes were interrupted by thousands of Mudders ploughing head-first through arguably the most gruelling obstacle course in the world.

The challenge, which runs physically challenging competitions of varying difficulty levels across the country, saw the intrepid charity supporters cover ten miles while drenched in liquid mud and battling through more than 20 gruelling obstacles.

As we knew they would, our fantastic YMCA champs survived the @ToughMudder course – even braving for the cause a brutal series of electrical shocks administered as part of the trials.

The troopers returned to the YMCA Gym on Shakespeare Street exhausted but victorious – just in time for work the next morning!

Feeling inspired to put your body to the test and get messy for charity? If you fancy a real challenge, why not join the YMCA Tough Mudder team next year?

Get in touch with gym@nottsymca.org.