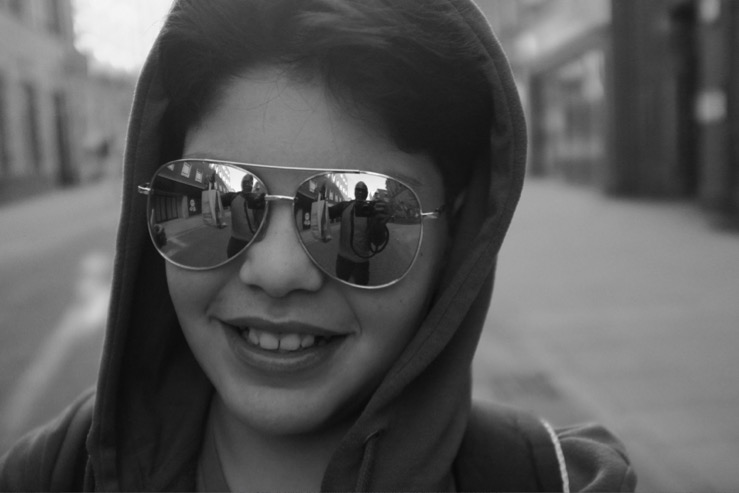 12-year-old Syrian rapper Abo Mamoun shares below his first ever music video, called ‘New Beginnings’, after learning to write in English, rap and record the work he has been creating during YMCA Digital’s Young Creatives sessions.

Funded by the National Foundation of Youth Music and Children in Need, the Young Creatives programme aims to support and inspire young people to take their first steps in music making.

By creating a supportive and non-judgemental creative space at the heart of Nottingham’s city centre, the project aspires to create a social environment in which young people feel safe, free to try new things and feel they can engage in a context where their voice can be heard.

Working with young people from challenging or socially excluded backgrounds in the local community, YMCA Digital’s passion lies in developing participants’ creative expression. Through this, the charity hopes to elevate not only practical skills within the arts, but also to develop wider life skills such as confidence, community cohesion and self-worth.

From Syria to Nottingham

When 12-year-old Abo (artist name) immigrated to Nottingham from Syria, he joined YMCA Digital’s Young Creatives programme a shy and quiet boy. Since then, the sessions have brought out a new side in Abo, with his confidence and flair for music quickly growing.

Having learned a range of skills from local musician Colin Griffith (AKA MC Spyda) and attended a number of song-writing and studio sessions at the charity’s NGY MyPlace hub in Nottingham city centre, Abo recently produced his first ever rap music video, ‘New Beginnings‘. He poignantly produced the video to note the importance of overcoming life challenges and inspiring feelings of hope for the future.

“I want to learn as many new things as I can now that I am in the UK,” said Abo. “I also love swimming, music and sports.”

‘Abo is an inspiration to young people’

Ben Felstead, Lead Youth Worker and Young Creatives Coordinator at Nottinghamshire YMCA, said: “Abo’s energy is infectious and he has quickly become an extremely popular participant on the programme.

“The main changes that staff at the YMCA Digital Young Creatives have seen in Abo is his confidence. When Abo first came down to the studio he was quite shy and preferred to watch over the sessions but not play an active role. You could see that he really wanted to take part but held back due to confidence and language barriers.

“It is clear that the sessions and the friends that Abo has made at our sessions are really important to him. Although there have been challenges, he says he wants to focus on his music and keep things positive.

“Abo is an inspiration to young people who want to achieve their dreams. He is not afraid to take risks and pursue the things that he wants, and it’s a real privilege to be able to support him on his journey.”

Abo is now working with music leaders at The Young Creatives on writing in English, which is also really helping his school work.

Having already achieved so much, Abo now hopes to start to writing his own music beats and so plans to begin Music Production sessions at YMCA Digital on Saturdays to develop his skills and social relationships further.

If you would like to get involved with YMCA Digital’s Young Creatives group, please visit: https://www.nottsymca.com/digital/