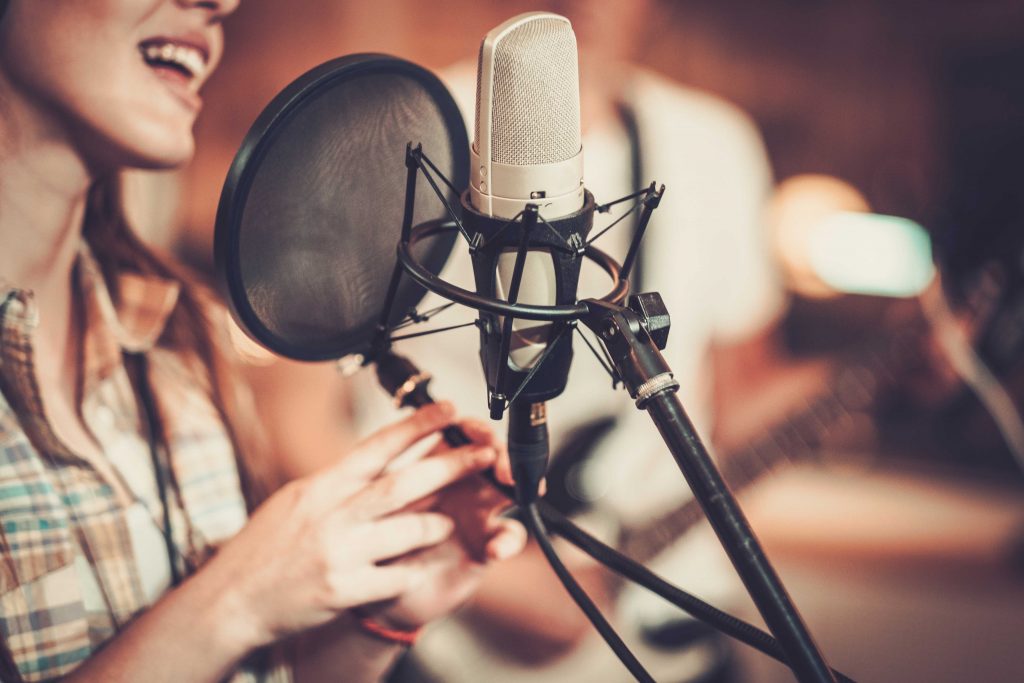 Rachel is a member of the YMCA Digital team – a student, working on her Broadcast Journalism degree at Nottingham Trent University, she also runs her own radio show on the YMCA Digital radio channel, and has recently launched her own weekly live lounge session. Here’s how she joined the Nottinghamshire YMCA family!

What made you first want to join YMCA Digital?

I actually went to a party and Will Kent, the manager of the YMCA Digital radio station, was also there. I kind of already knew he was going to be there, because my friend had told me “There’s a boy who is going to be there who has a radio show!” so I was actually really keen to meet him.

In fact, somebody had already told him this, so he came right up to me and started chatting. He told me all about YMCA Digital and the radio station and I thought it was so cool, and I immediately wanted to get involved. He invited me to see the radio station and the studios at NGYmyplace and I just thought how incredible it was that these facilities were open to young people.

Can you remember what your first time at a YMCA Digital session was like?

I remember being quite nervous, as I had no idea what to expect. The first time I came to a YMCA Digital session, I was actually speaking on Will’s radio show, as a guest. I walked into the studio, and the first thing I did was hit my head on a speaker – there were about five other people in the room, so it wasn’t the best first impression!

But I got over the embarrassment and had a great time; I knew I wanted to be a part of this awesome group of people. I started coming to the sessions regularly and ended up with my own radio show every Friday at 6pm.

It started as a one-hour show with me not really knowing what I was doing; now it’s a two-hour show which includes a live lounge session during the second hour, featuring up and coming Nottingham artists trying to break into the industry.

It’s given me the opportunity to meet loads of people, artists, musicians, producers, event organisers, so many interesting people from so many different backgrounds. I gained interview skills, recording skills, and much more in a practical way, with an outlet to explore and create.

How has the YMCA helped you grow, as an artist and as a person?

I’ve grown so much over the last two years of being here – when I first joined, I didn’t have any practical skills in radio, now I run and produce my own show!

When I was younger, I wanted to do an English Literature degree in order to get into the media industry. But I found that going into radio was so much more practical and helped me learn key skills. I now do a Broadcast Journalism degree at Nottingham Trent Uni, and I think that’s because of the love that YMCA Digital inspired in me for doing radio.

During my first year, there were so many things I already knew because of my time with YMCA Digital, I was a step above everyone else. Being with the YMCA really has changed the course if my life.

I’ve started getting into music journalism as well, through the music side of things at YMCA Digital. So now I write for LeftLion, I interview bands, write reviews, all sorts. I’m also the blog content manager for Phlexx Records, a label run by Ben Felstead (also known as Trekkah) from the YMCA Digital team. I used to have to search for artists to interviews, but now, artists get in contact with me first because they’ve seen my work!

Is there anything exciting that you’re working on for the future with YMCA Digital?

Right now, I’m really looking to build on the success and reputation of my radio show. I’ve had five shows now with the new two-hour format.

The first hour has games, guest interviews, competitions, quizzes, interactive things, then the second hour is a live lounge session, where a new musician or band comes in every week to play.

Moving forward, I’d like to reach out to bigger, more established artists, alongside those just breaking into the industry. More listeners and wider coverage is obviously something that we all want, as radio broadcasters! The shows we make at YMCA Digital are such good quality, and we want our audience to reflect that.

Last week we had Georgie on the show, who is now on a national tour, I’ve Enter Shikari, Madonna’s guitarist, all sorts! I’d love for more people to listen in to hear about what we do. If people are listening, then I know what I’m doing is making an impact.

Why do you think programmes like YMCA Digital are important for young people?

They provide a really important step onto a career ladder that you might not otherwise be able to reach until adulthood. I can’t think where else children can make their own music, run their own radio shows, or create something that is so personal to them with the help of actual industry professionals. And it’s all for free!

It gives young people insight into creative industries so that they can really see what is available to them, outside of and beyond education in school and university. It’s very rare to find something as special as YMCA Digital.

Your dream job might be easier to reach than you think, but it takes something like YMCA Digital to make it possible for a lot of young people in Nottingham.