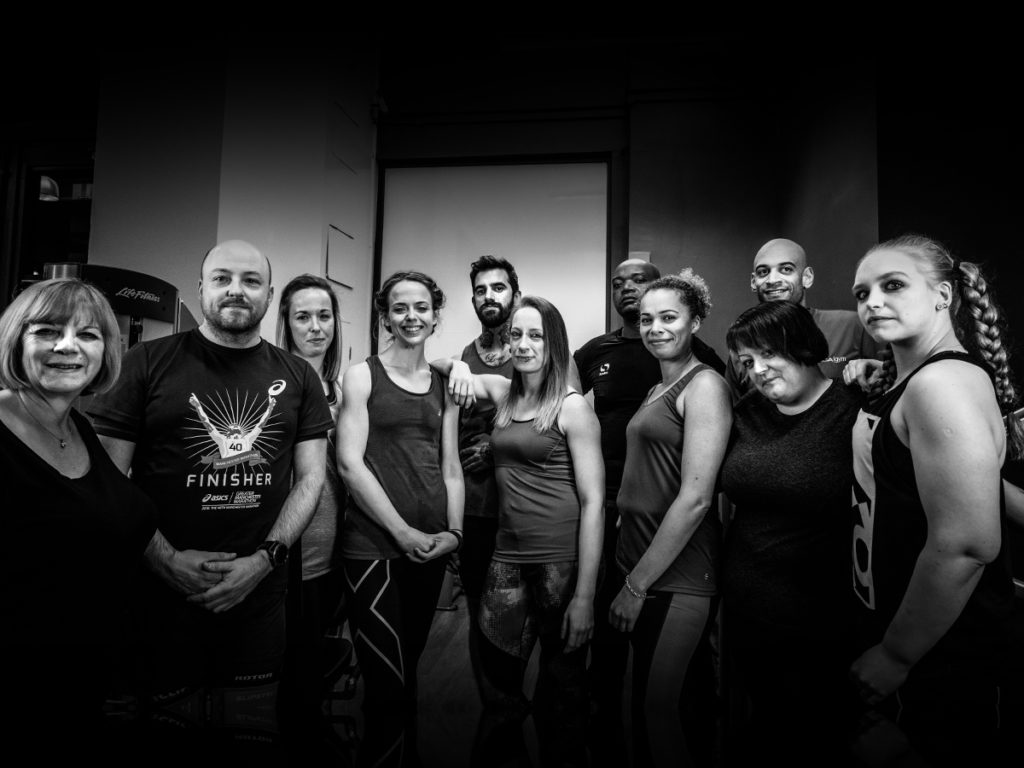 This year our members feature front and centre in our New Year gym campaign.

The fitness team nominated members of our gym in Nottingham city centre to feature in the images. They come from every walk of life, work out in different ways, and have different goals. They are all however, part of one great community. Introducing: Alison, Pat, Danny, Iris, Jade, Louise, Rob, Rosemary, Terri, Victoria, Adele, Scott and Langton.

Alison has been a member of the YMCA for three years. After joining YMCA running club in the summer of 2015, Alison has built up her achievements from running 5 kilometres at her local park run – up to a brace of 10k races and competing in the Robin Hood half marathon.

Danny’s journey started with a forty-two week work placement that mixed industry training with experience in the workplace. He’s picked up more responsibilities since then: from co-ordinating the class schedule, starting our running club and in 2016, taking on the role of Duty Manager at the YMCA gym.

Since then she has become much more confident and has achieved significant weight loss with the support of a YMCA Personal Trainer. Iris says she has never managed to stay at a gym as long as she has at the YMCA.

Jade takes part in our premium one programme. He says that with the support from YMCA Fitness Specialists he’s managed to keep making progress.

Louise trains with her mum Rosemary, and works with our Personal Trainers to achieve her fitness goals. Since joining YMCA gym she has lost 4 dress sizes.

Rob is one of our longest standing members. Rob smiles and says

“They call it keep fit. I’m still trying to get fit.”

He says that he hasn’t been bored in his time at YMCA gym because there is such a choice of classes and they change regularly (approximately every quarter).

Rosemary works on her fitness with her daughter Louise. Her fitness journey started with a referral through her GP to the YMCA physical activity on referral service. Rosemary says she was “terrified” to start with.

“I came in with two walking sticks. Now I’m confident enough to take part in classes like Spin, Pilates and HIIT 360.”

“The YMCA gym is a proper little family: A support unit. I’ve never really had that at any other gym.”

Victoria signed up to take part in the premium one programme at YMCA gym about a year ago. Her achievements to date include:

“Beating Jade at a few things, getting my triple unders, and a 115kg deadlift.”

Adele enjoys training with the YMCA running club. Her focus has been on speed sessions to improve her times come race day.

Scott is an experienced runner who has been training for consistency. He says

“I love the running club. Everyone is approachable and friendly. I find the YMCA friendlier than other gyms.”

Member for over a year

He joined us by taking part in the YMCA physical activity on referral service, and has continued to keep coming back. In that time he has reduced his reliance on prescription medication for blood pressure, and has become more confident as his health has improved.

Keep an eye out for all our members throughout January and February. If you would like to find out more about YMCA gym pop in and visit us, or click here.