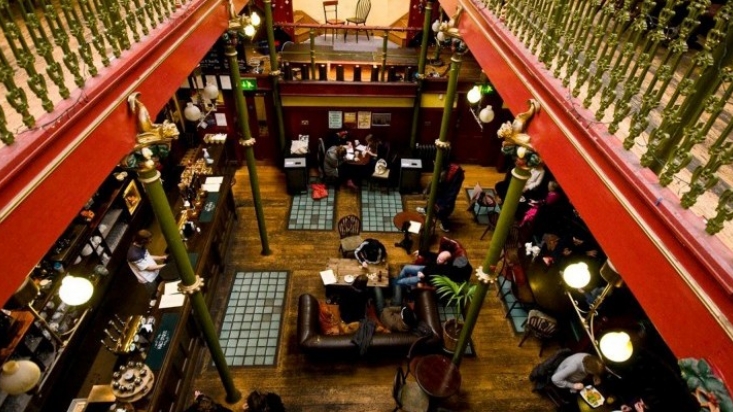 Nottinghamshire YMCA is pleased to announce that the charity plans to save the Malt Cross from closure with a pledge to keep the soul and legacy of this historical venue alive.

The outlook was bleak when the popular Nottingham bar and café closed its doors unexpectedly on 18 July, leaving staff unemployed and loyal customers devastated.

Determined to preserve this local treasure, Nottinghamshire YMCA has officially taken the lead on supporting the Malt Cross Trust to re-open the venue in Autumn, featuring all services the award-winning venue delivered, including the bar and café.

Whilst the Malt Cross Trust will remain a separate registered charity, senior staff at Nottinghamshire YMCA have this week been approved as trustees of the Trust and will use their expertise to help steer the Malt Cross into a new chapter.

With a deep respect for this unique site’s rich heritage, Nottinghamshire YMCA is keen to retain the historical significance of the venue’s name and identity.

The Malt Cross’ religious roots also speak to the core values of Nottinghamshire YMCA, which promotes Christian ethos of caring, honesty, respect and social responsibility throughout all of the charity’s housing, gym, children and young people programmes.

“As a charity already so invested in the rich history and values of the Malt Cross, this is an exciting development for us,” said Will Wakefield, Chief Executive Officer of Nottinghamshire YMCA.

“We are keen to preserve the essence and heart of a venue which has inspired such a strong sense of community, loyalty and historical intrigue for so many years.

“It is our aim to retain as many of the former staff and workers where possible and we will be talking to them about this. With plans to fully celebrate every wonderful and historical aspect the Malt Cross has to offer, we cannot wait to throw open the doors once again and breathe new life into this illustrious venue’s future.”

The special relationship between Nottinghamshire YMCA and Malt Cross has spanned years, with the former charity being actively involved with volunteering and hosting everything from quizzes and Christmas meals to events and fundraisers.

More information about the project will be released in due course.

About the Malt Cross

Built as a music hall in 1877, the site was named after the stone ‘Malt Cross Monument’, which stood at the bottom of St James’ Street around 1485. Malt was traded here and, over the years, the spot became a speakers’ corner and a site for religious preaching and political declarations.

It has since established a name for itself by evolving into a locally-beloved café in 2003, sporting a bar with space for music and events. The building’s historical roots are grounded in a network of caves that sprawl beneath the city.

After going into liquidation last week, the site has been saved from permanent closure by Nottinghamshire YMCA, a local charity which has big plans to reopen the events, bar and café venue operating under the Malt Cross Trust.