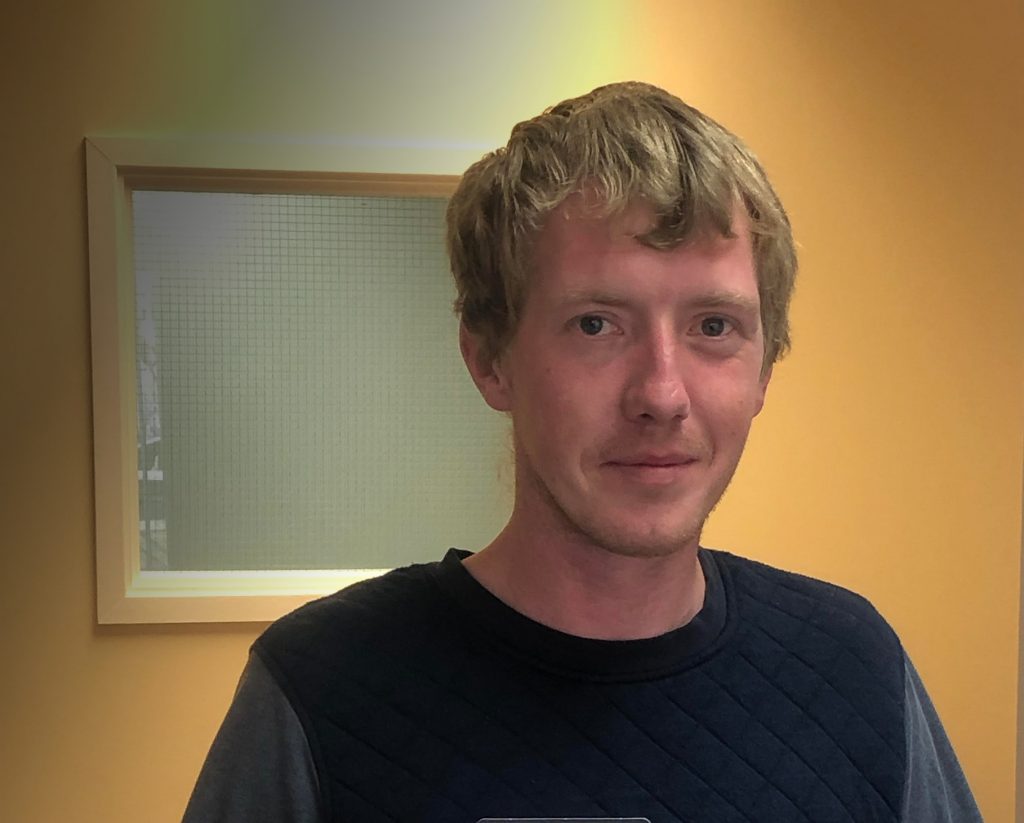 ‘Feeling of belonging at YMCA in Worksop’

On 4 June 2020, Ceri turned to Nottinghamshire YMCA for support and moved into the charity’s supported housing on Bridge Street, in Worksop, to begin receiving the help he needs to build a positive life. Already doing well, Ceri this month volunteered to paint the charity’s Worksop offices to ‘give something back’ for the support he has received so far.

“When I first became homeless at 17 years old, I struggled to get references for housing support and so I just kept being homeless,” Ceri explained.

“I spent around five years living in a tent in Mansfield as I’d never been able to settle. An organisation in Chesterfield brought me over here to Worksop to receive support from Nottinghamshire YMCA and for the first time in my life I feel like I belong somewhere.”

‘I was homeless when the pandemic took hold’ 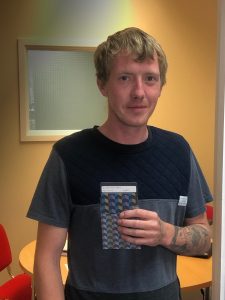 Born in Aberystwyth, Ceri lived in Wales until he was around six years old. “From a young age I was left to my own devices and my family operated the tough love,” Ceri explained. “When all you crave is acceptance, this is what makes me feel no good and so alone. It’s hard. I received accusations when I was a teenager and got kicked out of my mum’s village, which left me with no friends or family. I ended up turning to bad drugs, became a thief going in and out of jail and never really belonged anywhere.

“I never touched heroin – always stopped myself, but I grew up in an area where drug dependence would follow people around. I’m learning that it is about how we come out the other side that defines who we really are.

“I was homeless when the pandemic took hold, and suffer with a personality disorder, depression and anxiety so ended up staying at a place in Shirebrook which put us on full lockdown – no getting out. I can’t be locked down; I just can’t. I didn’t like it and ended up walking out because things weren’t good.”

‘Happy to wake up in the morning’

“If it wasn’t for the YMCA team accepting me things would be very different,” said Ceri. “No matter how much I’ve tried to do it, I didn’t feel good enough. A positive change is that I am beginning to be happy to wake up in the morning; I didn’t used to feel that way and there were days I wouldn’t have cared if a doctor told me I had 24 hours left to live. Now I think about the impact my not being here would have upon the people who would be left behind. It’s about becoming responsible so I keep that in mind and keep moving forward.

“Since moving into the YMCA, life has been good and I couldn’t ask for better – the day staff and night team are both amazing. My experience of the YMCA’s Worksop team so far has been really great; I feel happier here than I have ever felt anywhere else in my whole life. A real sense of belonging.

“There are days when I struggle, but those days create a foundation to build on – not an easy process, but it’s about taking a step back and thinking about what you want. Some days are better than other days but keeping myself occupied is better than sitting and wallowing.

“My sense of happiness at the moment is doing better in life so that I can see my young son,” said Ceri. “I want to prove to others and myself that I can do well and be there for him. My dad walked out on me at an early age and I don’t want to become that dead-beat father. I recently gave my first clean drug test in 19 years, which is such a significant positive life step for me and a step closer to being the dad he deserves. My end game is to establish myself properly so that I can form a real bond with my son.

“The best piece of advice I’ve ever received was being asked: ‘where do you want to be in 10 years?’ – I don’t want to be homeless in 10 years. I want to make something positive out of myself, help others and be there for my son.”

‘I want to give something back’ 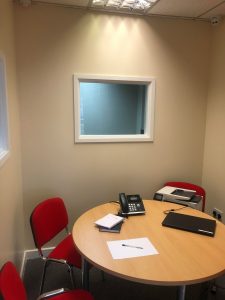 “Volunteering to paint the office for the YMCA team has been my way of saying ‘thank you’,” said Ceri modestly. “The team help us and I want to give something back. No matter how many people tell me otherwise, I often feel worthless – doing little things like painting makes me feel good and picks me up as ultimately I want to help others. Support working sessions with YMCA staff have been valuable and when the pandemic dies down I will pursue new opportunities.”

Ceri has long-term dreams of going into probation work but admitted there is still work to do first.

“I haven’t sorted out myself yet,” Ceri explained. “I’ve got to fix me and learn to navigate my mental health challenges before I can help others. My next pursuit is the get the counselling I’ve needed since I was a child. Once I’ve achieved living and mental health stability, I then want to seek help to gain a full-time job as I’ve never been in full-time work. I wasn’t ready and I’m still not quite ready, but it is one positive step at a time.

“I began a decorating course in college (plastering, plumbing etc.) but transferred to an arts diploma, so a good first line of work would be to become fully qualified in painting and decorating.

“It’s reassuring that YMCA staff are always happy to come down and point me in the right direction and nice having that person you can talk to when things are hard. I know if I asked them they would come with me for appointments. I’m still facing challenges but I’m ready for positive change, one step at a time.”

‘Ceri is a valuable, worthwhile person’ 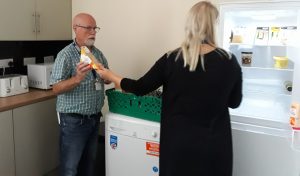 David Southgate, Lead Tenancy Support Worker at Nottinghamshire YMCA, said: “Ceri is a really nice person who always does a wonderful job looking after the flat and cleaning. I really hope that Ceri’s time with us is helping him to realise that he is a valuable, worthwhile individual who is a true asset to our YMCA resident community.

“Everyone stumbles in some way at some point in their life; we want to help our residents find their reason to get back up again.”