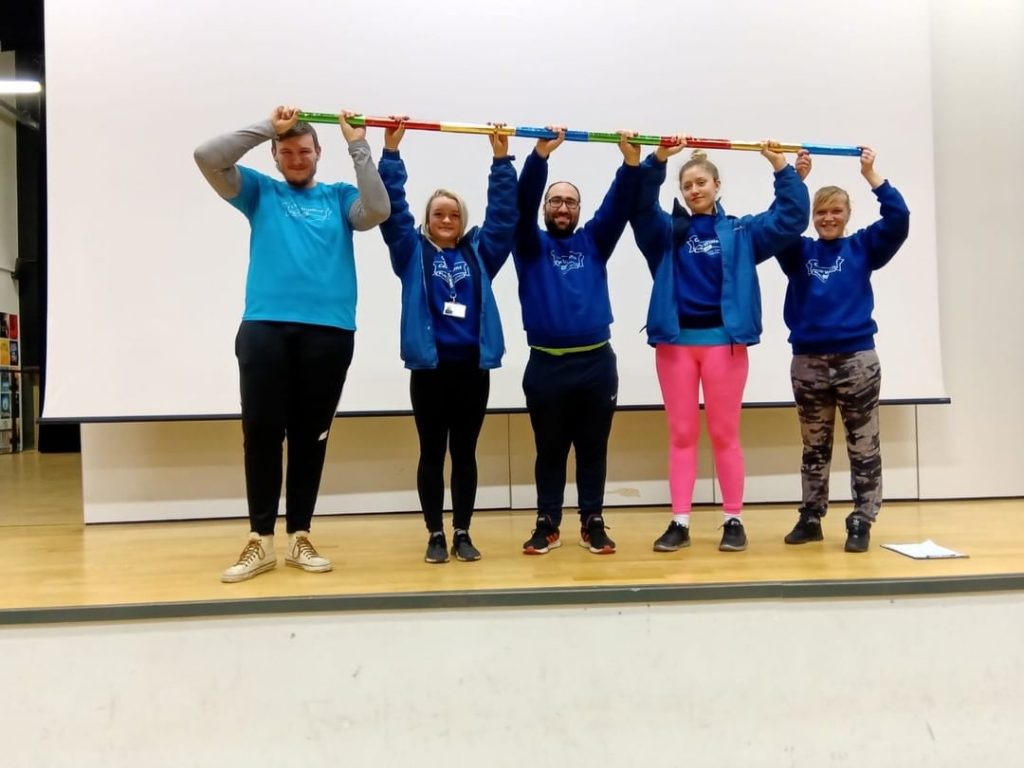 A Guide to the ‘Spirit Stick’ at YMCA Day Camps

If there is one thing we have in abundance at Nottinghamshire YMCA Day Camps – it’s spirit!

From camp-rally songs to Campfire Friday performing arts, there are plenty of opportunities for young people at our camps to enjoy a plethora of activities that promote true comradery and encourage our charity’s core values of honesty, caring, respect and responsibility.

But unlike archery, climbing and science experiments – there is one activity that may not seem so familiar. Adopted from our American YMCA counterparts, our 6ft-long colourful ‘Spirit Stick’ is often used as a focal point and symbol for generating energy, promoting core values and channelling that all important YMCA spirit during camp rallies!

Usually accompanied by the uplifting chant “We’ve got spirit, yes we do! We’ve got spirit, how about you?” – the Spirit Stick helps children visualise the importance of team spirit during sing-a-longs as they join in with all their favourite rally tunes at YMCA Day Camps.

“The Spirit Stick is great and really helps the groups bond over the week,” said Camp Williams parent Sarah. “The core values at the heart of camp have been really good for my son William and have helped me, too. He strives to earn the certificates for responsibility, respect, caring and honesty and he’s always so proud if he manages to get one (and I’ve pointed out that even if he doesn’t get chosen, it’s still brilliant that he tried!).”

History of the Spirit Stick

The Spirit Stick’s history delves deep into Native American traditions, where they were originally named by tribes as Prayer Sticks, ‘Pahos’ or Medicine Sticks. It was notoriously medicine men or shamans who were responsible for wielding the Prayer Sticks in an offering to the spirit world.

Medicine sticks retained their popularity through the ages as they held treasured symbolic meaning, and tribal warriors would channel the artefact’s energy to boost morale and protect them in battle. Often tied against a medicine pouch, these sticks were traditionally carved wood encased by leather, fur and feathers.

Native dance sticks were used for various reasons, but praying, dancing and medicinal purposes were the most prioritised. The Spirit Stick concept was later adapted for cheerleading and use at activity camps much like YMCA Day Camps!

Cheer spirit sticks can bring people together and boost team morale. It is most fun if you build and decorate your team’s spirit stick from scratch. This symbol notably rose in popularity as an icon of camp cheer thanks to a National Cheerleaders Association camp in 1954.

During the camp, it became clear that one group’s performance skills were nowhere near the standard of the other competitors, but the team’s morale and sense of comradery outstripped the rest.

Although these assets would not secure the team a victory on the scoreboards, Lawrence “Herkie” Herkimer wanted to praise their attitude. With limited options to hand, the American cheerleading innovator reportedly carved and painted a tree branch before allowing it to dry in his garage. Herkimer then presented the prize to the team as a ‘Spirit Stick’ to honour the positivity and teamwork their efforts embodied.

The most important aspect of the Cheer Spirit Stick is therefore the emphasis on attitude and team spirit, rather than competitive prowess. If you carry that knowledge with you into every situation, you can hold your head up high regardless of the outcome.